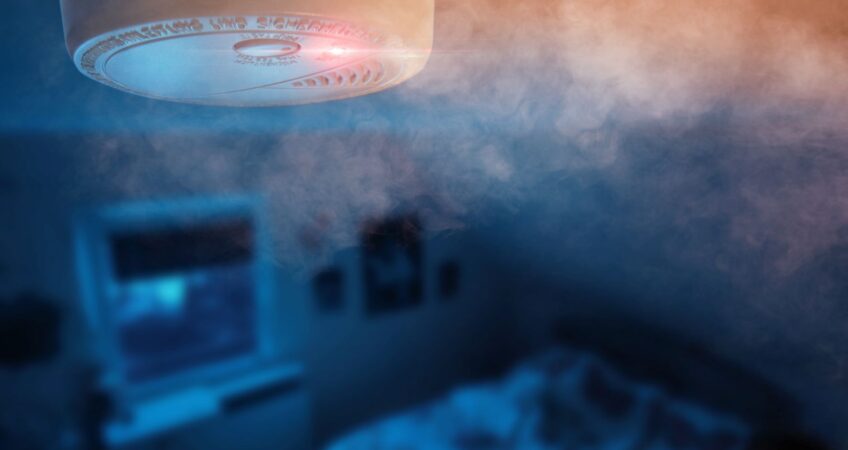 The optimal sound and sound level for fire and smoke alarms has long been debated. The hope is that the right sound will be recognizable by building occupants and evoke the immediate desired response of evacuation. Beginning July 1, 1996, NFPA 72, National Fire Alarm and Signaling Code required that the building evacuation signal be the temporal-three sound. Typically, the temporal-three sound is produced at a high frequency tone of about 3150 Hz. Research continued on the optimal sound and further revisions were made in the 2010 edition of NFPA 72. Low frequency 520 Hz alarms were required for single and multiple station alarms, smoke alarms not connected to a building fire alarm, where the occupants have mild to severe hearing loss. This is because research over the last 20 years has shown that these low frequency alarms are more effective at waking sleeping occupants than the traditional alarm. In particular, the low frequency alarm is more effective for those in high-risk categories, such as children, elderly, those with hearing impairments, and those under the influence of alcohol. The 2013 edition of NFPA 72 broadened the use of low frequency alarms by requiring all audible appliances initiated by the building fire alarm that are provided in sleeping areas to wake sleeping occupants to be a low frequency 520-Hz alarm.

In summary, the difference between the NFPA 72 requirements and the 2021 NFPA 101 requirements is that NFPA 101 now requires, where mandated by the occupancy chapter, that all audible alarms in sleeping areas initiated by smoke alarms, not the building fire alarm system, be a low frequency 520 Hz alarm regardless of the hearing capabilities of the occupants in that sleeping room. NFPA 72 would only require low frequency alarms in those areas if the occupants had mild to severe hearing loss.

There has been a lot of research related to the effectiveness of different alarms for notifying occupants of an emergency situation. One such report was published in 2007 by the Fire Protection Research Foundation, Optimizing Fire Alarm Notification for High Risk Groups. This research project began by creating a vulnerability matrix and then prioritized three vulnerable groups: 1) people under the influence of alcohol impairment; 2) people with hearing impairments; and 3) people in public spaces. Different notification technologies were then tested with these groups. Some technologies were omitted from this study because previous research and the challenges associated with ensuring the occupants received these notifications. These technologies included smell-based (olfactory-based) notifications, technologies that require the movement of air, and existing “one bit” signals. Additionally, electric shock notification was omitted because of ethical concerns. The findings of this research for those under the influence of alcohol and for those people with hearing impairments was consistent with previous work. The low frequency alarms were more effective for waking sleeping occupants.

One of the challenges with low frequency 520 Hz alarms is that they require additional electrical power which has made the development of low frequency battery-operated alarms difficult. The Fire Protection Research Foundation conducted another project, Audible Alarm Signal Waking Effectiveness: Literature Review. Currently, there is no listed smoke alarm capable of emitting that sound available on the market. However, there are a number of alternative solutions. One option is to use smoke detectors with integral sounder bases, another option is to use fire alarm system horns, and another option is to connect speakers to an in-building fire alarm emergency voice alarm communication (EVAC) system. Hopefully, there will soon be a commercially available smoke alarm capable of emitting the low frequency sound that has proven to be more effective in waking high risk groups. Until then, an alternative design approach would need to be used.

To discuss alternatives or to speak more about the challenges of low frequency fire and smoke alarms, call our office to speak to our fire alarm representatives today.  (610) 277-1331.

Fire sprinkler misnomers as portrayed on the “Big Screen”