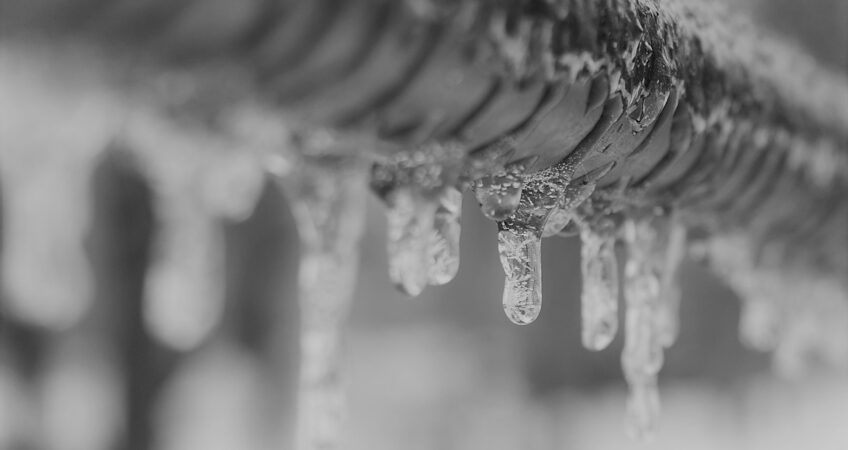 Fire protection systems are a necessary component to any building’s life safety plan.  They help to buy time and save people, property and product from being destroyed in the event of a fire.  According to NFPA (National Fire Protection Association) buildings with a properly maintained fire sprinkler system reduces the risk of dying due to fire by over 83%.  As technology and building materials change, certain design elements and installation challenges arise and as a result these systems have improved and changed over time.  The other way systems and codes change is when an unfortunate incident transpires. Changes then need to be made in order to protect the lives of those people that these systems are designed to protect.  Which is the exact scenario in the case of fire sprinkler Antifreeze Systems and some unfortunate incidents that have occurred over the years.

The majority of the time you will find buildings that are properly heated above 40°F year-round, being protected by a water-based fire sprinkler system.  Water is placed under pressure in the piping system and only release when it is either drained out of a valve or dispensed out of a sprinkler head.  These fire sprinkler systems require the yearly, quarterly or monthly inspection and routine maintenance (depending on the types of components they have installed in the system) and are relatively easy to keep operational.  In other areas however, conditioning the temperature above 40°F is not always a viable option, which leaves these systems subject to freezing and thus other means of protection must be considered.

So how can you protect these areas from fire if not with a typical water-based fire sprinkler system?

When a water-based fire sprinkler system is not optimal, in many cases, a dry system would typically be utilized instead.  These systems do not have pressurized water in them (as is typical to a wet system) but rather are pressurized with air which holds down a clapper in the valve assemble. The water is then held back by this clapper, leaving the system filled with air.  Not having water in the piping allows these systems to no longer be subject to freezing in unconditioned spaces.  The air in these systems are maintained by a jockey pump that is either riser or tank mounted depending on the volume of your dry fire sprinkler system. Should a sprinkler head fuse due to a fire, the air will rush out of the opened orifice at a faster rate than it can refilled by the compressor and will ultimately lead to a reduced pressure above the valve clapper.  This allows the once held back water to rush down the piping system and out to the open sprinkler head which will begin suppressing the active fire. Though dry systems are an effective and great choice for protecting unconditioned areas, they are not always desirable as they come with the additional installation of a dry valve assembly and the sounds of an air maintenance device that needs to maintain air pressure within the systems.  Therefore, another alternate to these unconditioned areas of piping would be an Antifreeze System.

These antifreeze systems are proportioned with a mixture of water and antifreeze which are kept pressured in the system, typical to that of a wet system.  Though by having these fire sprinklers systems consist of a water and antifreeze ratio solution, the water is kept from icing up when temperatures drop close to or below freezing.  A check valve will keep the solution separated from the rest of the wet fire sprinkler system, preventing the mixture to backflow into the water-based side of system and becoming diluted. When the system is activated, the water-antifreeze solution will be dispensed out of the opened fire sprinkler orifice first, followed directly by the water from the wet system which will continue to extinguish the fire.  These systems have provided effective methods of water delivery in unconditioned areas for many years and were a great alternative to the dry system installation.

Routine maintenance on these systems is relatively simple, checking the percentage of solution in the system to ensure the water to antifreeze ratio is kept within a required threshold. Too low of a percentage and the system would be subject to freezing which could lead to burst pipes, cracked fittings and perhaps produce a failure to the system. The real problem exists on the other end of the spectrum when the antifreeze over water ratio exceeds the regulated percentage of concentration.  In this case, the antifreeze could potentially act as an accelerant to the flames which would fuel the intensity of the fire.  Imagine standing near an open sprinkler head when an accelerant comes shooting out and begins to fuel the fire near you.  Here in lies the problem and the greatest cause for concern in regards to these systems.

There have been a few recorded incidents of this happening over the years, and in 2010, one such incident occurred in California that sparked action to be taken.  A grease fire in a residential kitchen, activated a fire sprinkler head that had an imbalanced antifreeze solution of 71.2% concentrate.  During the fire, this antifreeze was released causing a flash fire, resulting in the death of one woman and injuring another.  NFPA took immediate action and initiated the fire protection research foundation which led to many hours of collaborative studies with UL (Underwriters Laboratories) regarding these over proportioned systems.  NFPA then issued a TIA (Tentative Interim Amendment) which provided safety alerts and recommendations on the use of these antifreeze systems and prohibited the further use of these antifreeze systems in residential fire sprinkler systems.  You can view more on these fire tests and UL Antifreeze solution at the links in the end of this article

Receive a FREE Antifreeze Evaluation from our Experts

What do you do if you have an antifreeze fire sprinkler system installed?

For systems installed prior to September 30, 2012, listed antifreeze solutions shall not be required until September

(1) The concentration of the antifreeze solution shall be limited to 50 percent glycerine by volume or 40 percent propylene glycol by volume.

(3) Antifreeze systems with concentrations in excess of 30 percent propylene glycol and 38 percent glycerine shall be permitted based upon an approved deterministic risk assessment prepared by a qualified person approved by the authority having jurisdiction.

If your system was installed after 2012, then no action would be required as these systems were fitted with an alternative chemical solution such as propylene glycol or glycerin.  These systems still need to be tested on an annual basis prior to the onset of the cold weather season.  There is a very helpful NFSA guide to help explain this further. For information on testing your antifreeze system you can contact Oliver Fire Protection & Security (610)277-1331.

If your system was installed prior to 2012, changes would need to be made to your system components to ensure compliance is met with the updated codes in both NFPA 13 and NFPA 25 2013 editions and later. These codes mention changes to the systems that are to take place by September 30th, 2022.  The code changes include using only UL listed antifreeze solutions or changing out these completely to another alternative system such as a dry system.  These UL listed solutions come with requirements to the system components which may not be a 1 for 1 exchange of simply replacing the fluids inside.  They may require a backflow preventer and expansion chamber be installed where the antifreeze system meets the water-based system in order to accommodate for the substituted chemicals properties and reactions.

These requirements which are designed to safe-guard against the over concentrated antifreeze in the fire sprinkler systems, could lead to a few potential challenges when it comes to your particular system.  For systems that are designed and housed in tight spaces, fitting these additional components in these small areas may require the reworking of piping configurations and perhaps some changes to room layouts to accommodate the added material.  The other challenge is for systems that were hydraulically calculated on a very tight margin, as the increased frictional takeout and additional lengths of pipe may have an effect on the overall safety margin of the calculations.

Even though the time to evaluate and upgrade these systems is at the end of its open window, these items will still need to be addressed. To discuss all of your viable options for your particular fire sprinkler antifreeze systems, our experts at Oliver Fire Protection & Security can help. Call us at (610) 277-1331 or send us an email at sales@oliverfps.com and let us help to find the right solution for you.

Remember too, that no matter what decision you have made in updating your antifreeze system, these systems will need to be tested. According to NFPA 25 Section 5.3.3 Antifreeze solutions shall be tested annually, before the onset of freezing weather.

Be sure to schedule your inspection today.

You can read more on Antifreeze systems in the articles below:

[UL Certified Antifreeze Solutions for use in Fire Sprinkler Systems]

The Deadline for Changes to Antifreeze Systems Has Past.

Save Time, Money, and Aggravation with Maintenance Agreements